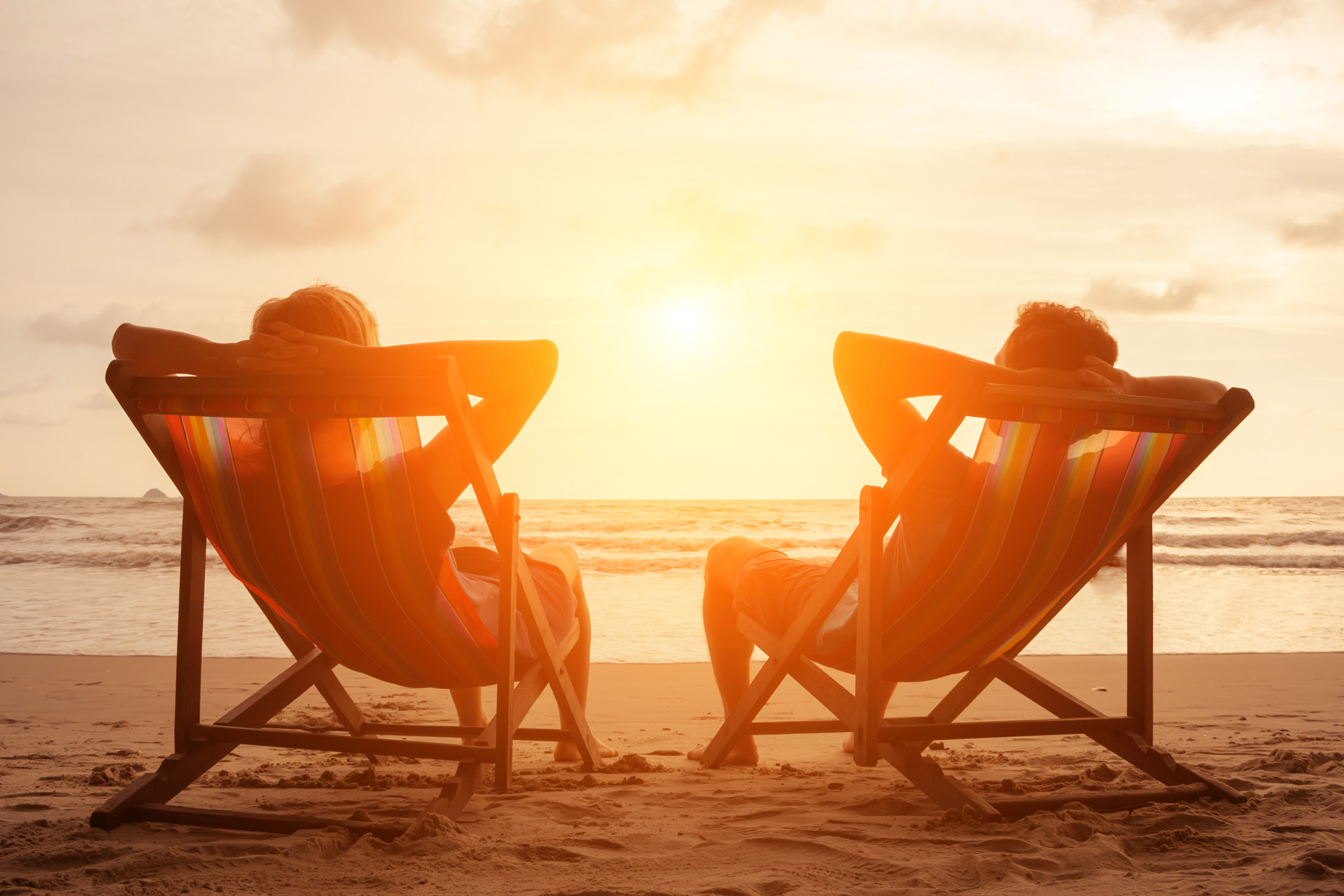 If anyone knows a thing or two about saving money, it's those who earned and saved enough money to retire early.

I've spoken with and learned from, many early retirees, several of whom retired millionaires, and I'm always impressed with not just their insightful advice on building wealth but with their perspective on money as a whole.

The best part is that their wisdom doesn't just apply to other hopeful early retirees. Even those saving for a "normal" retirement or a different long-term goal can take their words to the bank.

From having a net-worth target goal and saving 20% of your income to investing and letting your money compound, here's what they had to say.

1. Focus on your spending, not your earnings

Chris Reining, who retired at 37 as a self-made millionaire, finds a difference between "living rich" and "being rich."

Instead of measuring wealth as figures or material means, he defines rich from a behavioral standpoint.

He continued: "Someone earning $50,000 a year while they sleep from dividends and investment gains and spending $40,000 a year — they're rich. I have friends earning half a million, and with private schools, second homes, and expensive lifestyles, they have nothing in their bank account — they're poor. That's why 'rich' has little to do with how big the paycheck is.

"Getting rich, and staying rich, is overwhelmingly a game of living below your means. If you can do that you'll enjoy the freedom that people living rich will never experience."

2. Put in the hard work and sacrifice to build your first small nest egg

In a post she wrote for Business Insider, JP Livingston, who retired at 28 with a nest egg of $2 million and runs the blog The Money Habit, called the difference between having no money and a little money "staggering."

"More money means more options open up to you," she wrote. "Better options. The more money you have means you accelerate faster and faster toward massive wealth. Money begets money, so it's worth the hard work and sacrifice to build that first small nest egg."

For example, she used her accumulated wealth to get a mortgage rate discount as a private client of major banks (a mortgage discount is a benefit of being a private client). To qualify, she had to transfer some buy-and-hold stocks into an account stewarded by the bank.

Those accumulated assets allowed her to get a discount worth $300,000 over the life of the loan and take advantage of brokerage sign-up bonuses.

John, who runs personal-finance blog ESI Money and retired early at 52 with a $3 million net worth, interviewed 100 millionaires over the past few years.

In a blog post, John, who doesn't share his full name online, revealed what he learned from them, including the simple strategy they use to build wealth.

"I have had one or two interviewees with some sort of fortunate life event (like working for a startup company that made it big and paid stock options), but almost all of them grew their wealth the old-fashioned way: They earned a lot, saved a ton, and invested for a long time," he wrote.

He added: "They make solid money moves over time and ultimately become wealthy."

It sounds simple — and it is.

"Becoming wealthy is simple — create a gap between earning and spending for many years," he wrote. "A huge inheritance or hot stock tip is not required."

Mr. Crazy Kicks, a blogger who retired at 34, previously spoke with Business Insider about what he wished he knew before retiring early.

He said travel hacking is "easy and lucrative," and wished he employed this smart savings strategy earlier.

"We signed up for a travel card and earned a hefty sign-up bonus with our regular spending. A few months later, we used that bonus to fly to Colorado for free and even earned another $2,400 in travel credit in the process. Since then, we've signed up for dozens of cards and traveled to Spain, Costa Rica, Jamaica, and Grenada — all free.

"In the end, I don't spend much more time earning free miles than I did searching for discounted airfare. Last year alone, we did about $10,000 in free travel — well worth the time spent managing a few credit cards."

But remember: It's valuable only if you're paying off your credit card balances in full every month.

5. Get out of your comfort zone to make uncomfortable money decisions

According to Steve Adcock, who runs the blog Think Save Retire, getting out of your comfort zone can help you make uncomfortable money decisions you're not used to — like cutting back and saving more.

"Spending is an addiction, and people's minds keep planting the seeds of comfort within the decision-making process," he wrote.

6. Don't forget to invest in yourself

Carl Jensen, who retired at 43, reflected on his journey to early retirement in a post he wrote for GOBankingRates. In hindsight, he wished he knew that his happiness comes from himself, not from financial independence.

"I was counting on an external event (leaving work) to bring me happiness when I should have been working on it internally the whole time," he wrote. "I now know that happiness needs to come from within."

"Work on yourself now. Find beauty in life every day. Live with meaning, purpose, and intention."

7. Have a net-worth target goal

Early retiree Sam Dogen, who runs the blog Financial Samurai, emphasized the importance of having a net-worth target to stick to your financial goals and retirement plan.

"Everybody should have a net-worth target to shoot for by age, work experience, and income," he wrote. "Targets will help you stick to your financial plan and motivate you to do more if you're falling behind.

"Too many people wake up 10 years later and wonder where all their money went. If only they could have a net-worth guide they could print out and stick on their refrigerator to keep them on track."

He used a multiple of gross income based on age and years worked for a guideline to how much you should have saved as you get older. This, he said, will help build momentum after about 10 years in the workforce, and achieving the net-worth targets based on higher multiples will get easier.

This article was written by Hillary Hoffower from Business Insider and was legally licensed through the NewsCred publisher network. Please direct all licensing questions to legal@newscred.com.

Related Topics
February 11, 2021
My husband and I use a 2-part strategy to handle raises and bonuses, and it's making all the difference in our retirement savings
by Rebecca Chamaa
February 04, 2021
At age 2, my son has more money in the bank than I did at 18, and it's part of my plan to build generational wealth
by Kevin L. Matthews Ii
January 28, 2021
I sat down with my parents and let them show me the budgeting system that helped them retire early and now I'm on track to do the same
by Elizabeth Aldrich