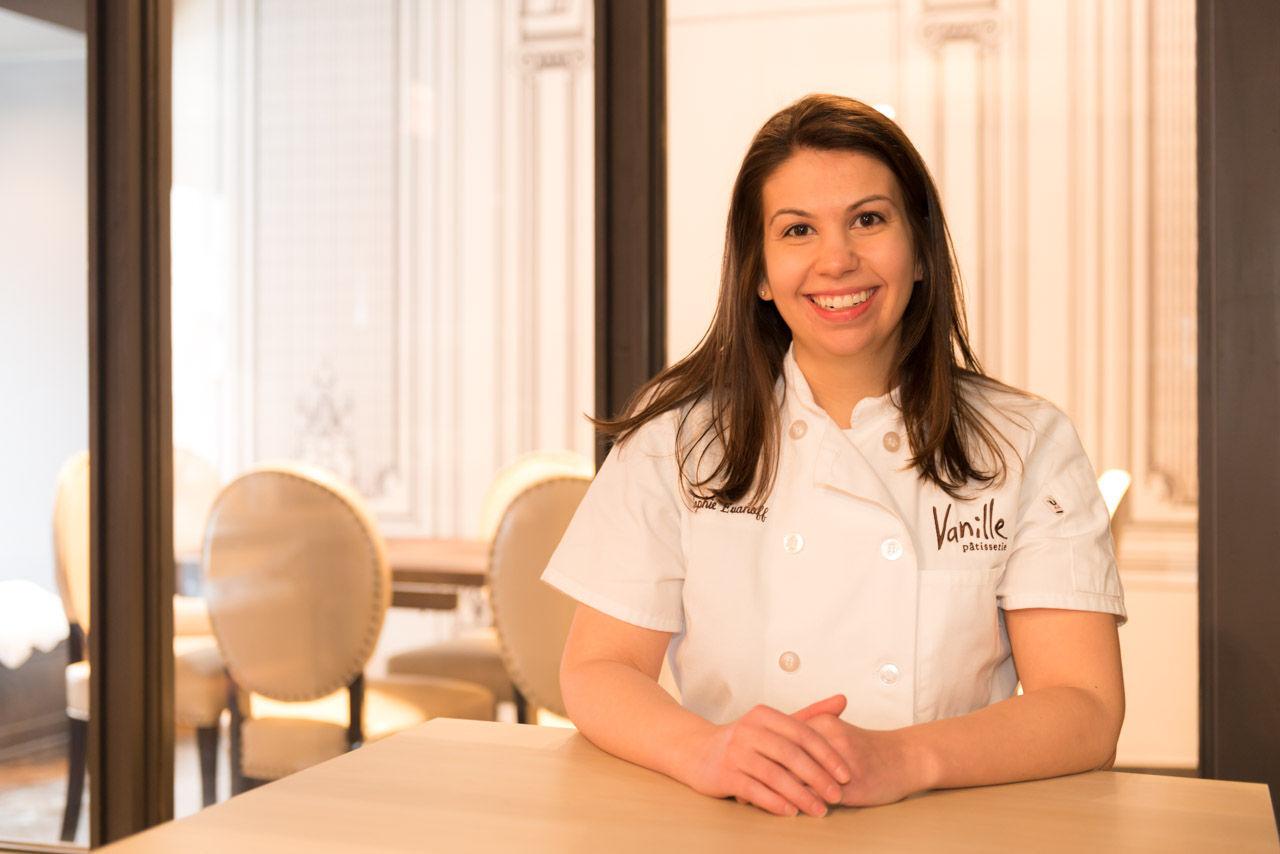 Growing up, Sophie Evanoff’s love of pastries was about more than a simple sweet tooth. It was about spending time in the kitchen with her mother and grandmothers baking for family gatherings and church events.

Those hours Evanoff spent in the kitchen created more than lifelong memories. They also represented the beginning of a successful career that would eventually lead her to Vanille Patisserie, which specializes in French pastries, desserts, and cakes, in 2011.

"When I finished college, I knew I wanted a career in the pastry arts,” Evanoff said. “Not necessarily as a chef, but rather as a business owner, so I would have the ability to turn my dreams into reality.”

After graduating from the University of Michigan—Dearborn, Evanoff moved to Chicago in 2009 to attend The French Pastry School. Two years later, she had the opportunity to acquire Vanille Patisserie from her former culinary instructor.

“Him and his wife were true pastry chefs and not business owners, so they were looking to get out of the business,” Evanoff said. “I guess right time, right place. I was young and didn’t really worry about taking any risks, so it was full steam ahead.”

Evanoff’s eight years owning Vanille Patisserie have been filled with challenging and exciting moments, including being the first female recipient of the James Tyree Emerging Business Leadership Award in 2016.

Expansion, however, was among the challenges faced by Evanoff. When she took over Vanille Patisserie, it had two locations, in Lincoln Park and Chicago French Market. Now, Vanille Patisserie can also be found in Lakeview and Hyde Park, the latter of which opened in 2017.

Evanoff choose Hyde Park because her business featured something different from what was currently provided by local bakeries. Plus, the large population of international students and faculty at the University of Chicago was familiar with what she offered. But, she also felt Hyde Park had a different feel than other Chicago neighborhoods.

“When it comes to Hyde Park, I definitely think it’s one of the most unique neighborhoods in the city,” she said. “In my opinion, it’s such a small-town feel, but we’re in Chicago and that’s something that I don’t get as close to in any other neighborhood. Everybody knows everybody and everyone’s supportive. You can walk down the street and everyone says hello to you—even if they don’t know you—and that’s something I don’t experience in any other neighborhood.”

Even with a sound business plan, opening a new location can be tough for businesses—especially those new to the area—and even basic things need to be considered, like where to bank.

So, when Evanoff opened her Hyde Park location, she surveyed various local business owners on where to do her business banking.

“We inquired from the local businesses and the university regarding our options for a bank partner,” Evanoff said. “The answer was unanimous: Hyde Park Bank.”

Two years later, if another small business owner asked her where to bank, Evanoff said she’d offer the same recommendation.

“What I can say, because we’ve worked with so many different banks, is that Wintrust—especially this location—is the only bank that I actually, personally have relationships with the people who work there,” she said. “We’ve been banking in other businesses, and I couldn’t tell you one person that works at any branch, or that I could just immediately call and say I need some help. What sets Wintrust apart is that it recognizes the relationship-building aspect of business and small business, and that was immediate when we opened the account.”

If you’re a business owner looking for a bank that knows this area and understands what it takes to grow a business here, we’d love to hear from you. Click here to learn more about our business solutions, or find a Wintrust Community Bank near you.