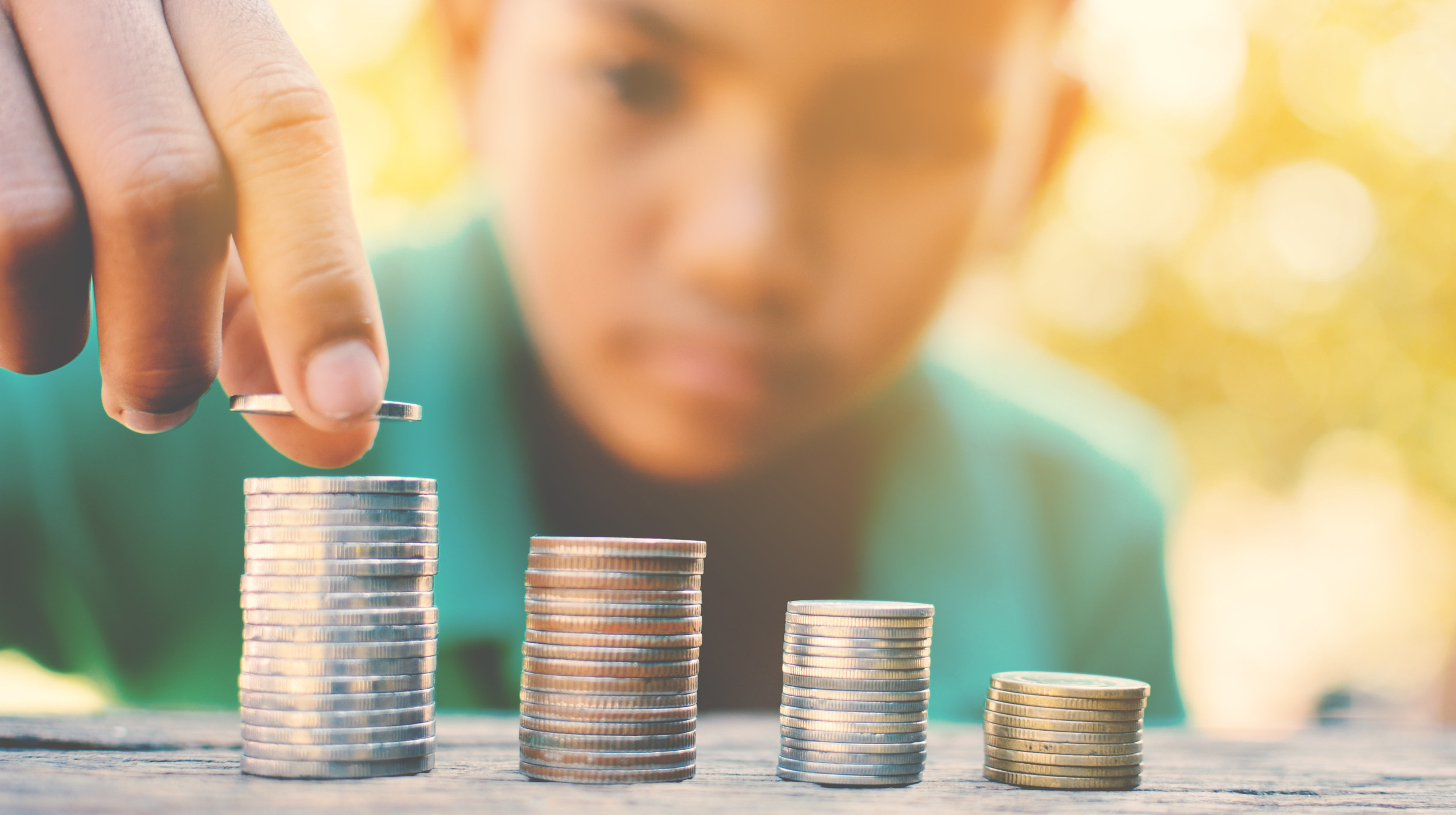 How to actually teach your kid the value of money

How to actually teach your kid the value of money

It's important to teach kids the concept of money early on. Here's how to do it.

In a world of credit cards, online banking, tax codes, investments and retirement plans, keeping up with money can be tough for adults, and even more so for kids.

So, for the many parents who want to teach their kid economic ideas and prepare them for their financial futures, where the heck is the starting point?

We asked financial experts to break down the best ways to actually teach kids the value of money. Here’s their advice:

Make sure money isn’t “invisible” to your kids.

“It’s like if you were to read academically about football and then go out and try to play football,” Whitlow told HuffPost. “The act of reading about and playing it are two different things.”

That’s why it’s important for families to speak openly about finances when possible ― like their budget, for example ― to encourage questions from their kids and to set them up to be better prepared in their financial future. This means taking a minute after swiping your debit or credit card to explain that the little thing in your wallet is not the source of limitless money.

Whitlow also noted that money conversations with kids are opportune times to discuss the difference between “what you need to have to function in life and what you want to have in life.”

Consider letting your children have some money to work with.

One way to teach kids about money is to simply let them have it, and cash is a great start.

“Cash is a tangible object,” said Gwen Tulin, founder and artistic director of Brain Arts Productions, a group that runs birthday parties, camps and other events that incorporate financial literacy with the arts. “You see it’s there and then it’s not.”

She suggested that caretakers take a few minutes to grab cash from an ATM and pick one store in which they’ll regularly use that money in front of their kids.

“It helps make the idea crystallize in somebody’s mind,” Tulin said. “Then, you can move on to more abstract concepts, but cash is a foundation.”

If you’re uncomfortable letting your kids have actual money, get creative. Whitlow told HuffPost his family made bills featuring one of his kids’ faces that she was able to earn for various tasks.

“It allowed her to do the things we asked at home ― some of them were emotional, like how she interacted with her siblings,” Whitlow said. “But those bucks had a very tangible utility to them.”

We’ve made money into a foreign language. 401(k) and 529, those are tax code language, and why would we expect the average person to understand the tax code language?Tanya Van Court, CEO and founder of Goalsetter

There are also options for parents who are OK with letting their kid manage finances on a spending card. The app BusyKid allows parents to manage their children’s chores, pay them, and put that money on a reloadable Visa card for the kids to use, so they’re the ones seeing the balance adjust with every purchase and every chore.

“I think of it as a kid’s first job with direct deposit,” said Gregg Murset, CEO and founder of BusyKid and a certified financial planner.

The platform also allows kids to buy fractional shares of stocks if that’s a skill you’d like them to learn early on.

Don’t get overwhelmed with financial language.

Tanya Van Court started Goalsetter, a saving and giving platform for kids, as a way for families to better celebrate birthdays and holidays with their little ones without racking up a bunch of plastic toys that are hardly used. The founder and CEO gets why many parents are intimidated to even start a conversation about money with their kids.

Van Court wasn’t taught financial basics as a kid, so she made sure to introduce it to her own children. To help other families do the same, Goalsetter offers an Urban Financial Dictionary that explains financial terms and associates them with movies, TV shows, song lyrics and more.

Natalia Oberti Noguera, founder and CEO of Pipeline Angels, which promotes angel investing for women and non-binary femme entrepreneurs, noted that it’s important to introduce kids to other economic ideas and to associate money with their lives as adults.

“We’re getting better at having kids think about entrepreneurship,” Oberti Noguera said. “We can talk to kids like, ‘Hey, if you’re interested in start-ups, you can get a job and climb the ladder. You’re actually going to be building wealth and you’ll be able to invest.’”

Don’t forget to explain that money can be a powerful tool to help others.

When talking about money with your kids, you don’t want to leave out the fact that some people are more privileged than others. BusyKid incorporates a list of charities to which kids can donate, and Goalsetter breaks down three different ways in which it lets kids categorize their goals: saving for the future, saving for things and experiences, and sharing with others. The last designation encourages kids to pay it forward with money they’ve earned.

“We not only want the lessons about allocating your money toward things that are important to you,” Van Court said, “but also giving back to other people that don’t have much stuff.”

As Whitlow pointed out, there’s no perfect way to teach kids about financial topics. What you’re aiming for is to “create a certain sense of vigilance about money” so kids will be prepared for their future.

This article was written by Taylor Pittman from Huffington Post and was legally licensed through the NewsCred publisher network. Please direct all licensing questions to legal@newscred.com.

Related Topics
February 18, 2021
Love your grandchildren but don’t let them ruin your retirement
by Bob Carlson
February 04, 2021
What taxes do you have to pay on an inheritance?
by Dan Caplinger
January 28, 2021
Kids and Money: Weighing colleges in a pandemic requires close review and clear financial priorities
by Steve Rosen