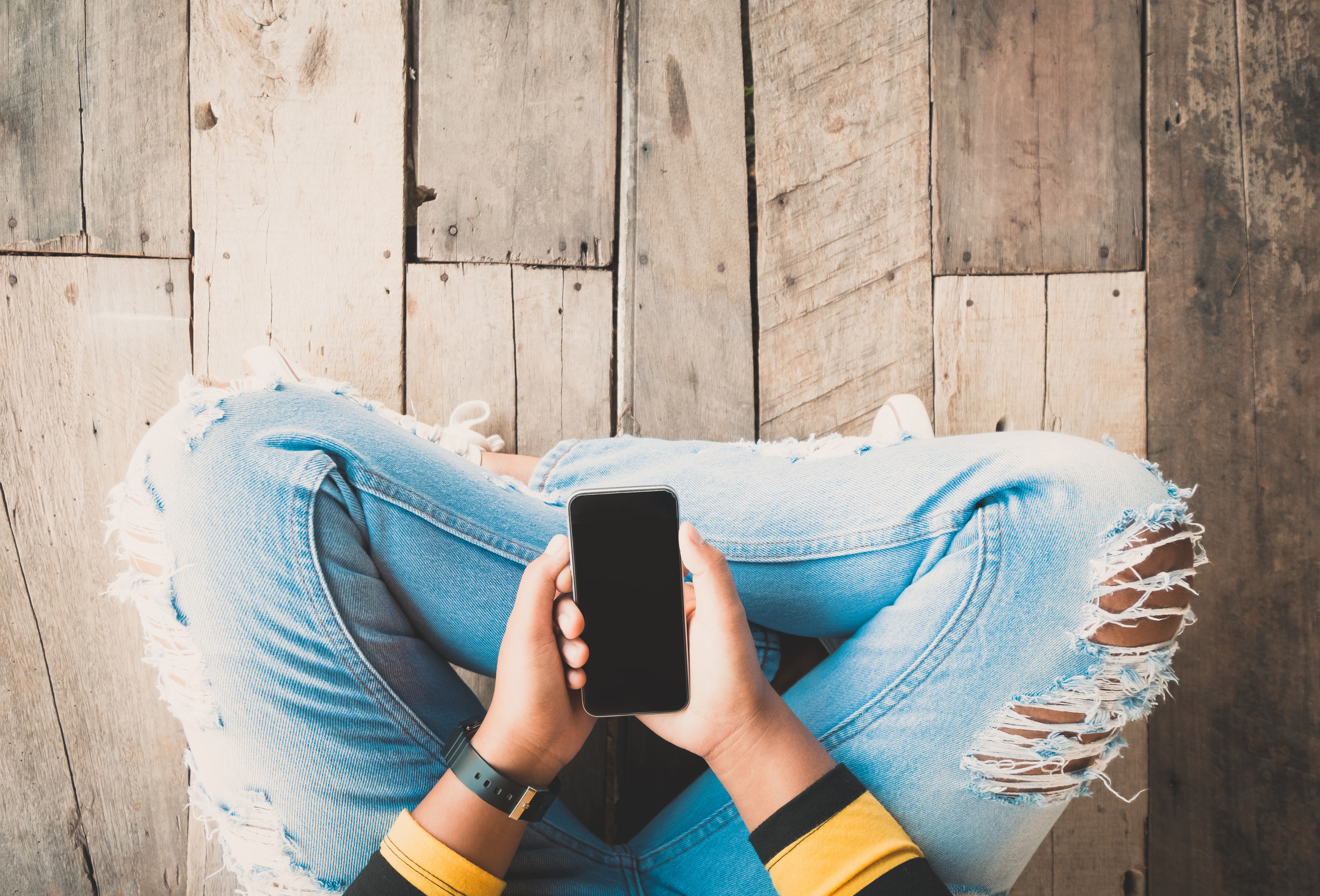 Do smartphones make us more impulsive shoppers – or less?

Do smartphones make us more impulsive shoppers – or less?

When it comes to the way they influence consumer spending, smartphones are double-edged swords. On the one hand, it's undeniably great to have more computing power in our pockets than the computers used to put the first man on the moon. That power allows us to scan bar codes with our phones, make price comparisons, call our friends to see if we're getting a good deal before buying something, and even take pictures of items so we can review them later to see if we really want them.

But, smartphones also make it a whole lot easier to buy things on impulse — even when you're nowhere near a physical store. The mere existence of the Amazon mobile app can be a stumbling block for even the most frugal among us. I would be lying if I said the "Buy it Now" button hadn't cost me several hundred dollars in regrettable, impulse-driven purchases over the course of my life.

So, which is it? Do phones make us more likely to spend money carelessly — or less? Let's dig in.

There's no denying that smartphones are changing the way we shop. Every year the percentage of online sales via smartphone increases, with holidays seeing particularly strong activity. In 2016, there were $4.61 billion in smartphone purchases from Thanksgiving through Cyber Monday. That's a whole lot of money to spend in five days.

The obvious reason for the surge in purchases is the convenience that comes with using your phone to shop. There are people who think this lack of friction between the thought I want that and the realization I can buy that right this second can cause serious problems.

They would argue that the supposed convenience of smartphone shopping is a trap. Sure, we can buy things faster, which frees up time for other activities — but faster isn't always better. Just look at fast-food establishments. They make it easy to get food, but certainly don't contribute to our health. Mindless shopping, like mindless eating, will cause issues. One notable analyst at a tech research firm thinks that online shopping is "now so embedded in our existence, we don't even think about the fact that we pulled out our phone and bought things."

There is evidence to back up the notion that we're thinking less about what we buy. A survey of over 12,000 shoppers found that 42% of them use their mobile phones to "make frequent purchases on a whim."

And if those purchases are made on credit, people might be causing themselves to go into debt. Or more accurately, to dig themselves even deeper into debt. The average American adult with a credit card has racked up $5,284 in debt.

Interestingly, consumers are self-aware that the easier it gets to buy things, the more they are likely to spend. Consumers in the U.K. seem especially worried that their phones might encourage them to overspend. A full 38% go so far as to say that they would "like a cap on tap-and-go payments in order to curb their spending."

Unfortunately for those Brits, such a cap is unlikely to be a main feature of mobile shopping anytime soon. Overall, the trend toward shopping via smartphone shows no signs of slowing down. There are many social media sites, Pinterest chief among them, that are almost perfectly designed to get us to part with our cash on a whim. It feels like we are fighting an uphill battle.

Yet, despite the compelling evidence that our smartphones lead us to spend our money more impulsively, there are still several ways those same devices can help us to become savvier consumers.

How smartphones can save you money

I was recently helping my little sister get some decorations for her apartment. As we perused the wares at Bed Bath & Beyond, my sister came upon a lamp that she loved. Before she could toss it in her cart, I whipped out my phone and opened up Amazon's bar code app.

A quick scan revealed that the same lamp could be found at a significantly cheaper price if she made the purchase online. Sure, she'd have to wait a few days, but she was in no rush. She decided to hold off on purchasing the lamp and instead put it on an online wish list. The act of practicing delayed gratification through the use of wishlists is a tried and true ways to reduce impulse buys.

This example shows that smartphones are not necessarily evil little machines that suck money from our bank accounts by overriding our frugal impulses. In fact, used wisely, they can provide a powerful one-two punch: We can use them to search for the the best available price, and as a way of slowing down the purchase process.

The act of slowing down should not be underestimated. Even the small act of taking a deep breath before mindlessly buying something can allow us the space to really consider what we're doing. We might find that we don't actually need the thing that, a moment ago, we truly thought we wanted.

Furthermore, despite all the hype about smartphone spending, we are still more likely to make impulse purchases in stores than on a phone — and it's a wide gap between the two. A 2017 survey found that "68% of U.S. consumers said their primary location for making impulse buys was in person in a store." If your smartphone shopping habit is keeping you out of a physical store, you may be coming out ahead in terms of total impulse dollars spent.

Even when you do find yourself shopping at a physical store, all hope is not lost. In fact, brick-and-mortar retailers are becoming concerned about consumers who have "mobile blinders" on when they're in the checkout line. That term refers to our habit of fixating on our phones while we wait in line — which reduces the chance we'll be seduced by the candy bars, gum, magazines, and other tempting point-of-purchase goodies positioned near the register.

Checkout aisle revenue is a $5.5 billion-a-year business, so you can see why retailers would be concerned about the growing number of people who would rather play "Plants vs. Zombies" on their phones than be enticed by a tabloid magazine. If you're feeling bad about your Candy Crush addiction, take solace in the fact that it could be saving you money in the long run — as long as you don't start spending as much money on in-app purchases as you would have on a Snickers bar.

The more interesting version of this scenario is to consider the person who might be standing in line and staring at their phone, but they aren't playing a game. They're reading an e-book, or updating their budget on Mint.com, or learning about a new credit card that will earn them a free flight. In those circumstances, they're not only avoiding temptations, but they're harnessing the wonders of technology to accomplish things that would have seemed like magic 30 years ago.

There's no clear answer as to whether smartphones are improving or corroding our spending habits. That being the case, it might be helpful to think of smartphones like any other tool: The degree to which you use a tool properly will determine whether you get the outcome you desire.

For instance, a kitchen knife is a tool. A sharp knife will chop vegetables faster, but it will also do more damage if you cut yourself. If you're careful and methodical, you'll be fine. If you're reckless, you'll get in trouble.

It comes back to the adage made famous by Spider-Man: "With great power comes great responsibility." We can ultimately boost our savings rate if we can be mindful about when and how we use our increasingly powerful devices.

The post Do Smartphones Make Us More Impulsive Shoppers – or Less? appeared first on The Simple Dollar.

This article was written by Drew Housman from The Simple Dollar and was legally licensed through the NewsCred publisher network. Please direct all licensing questions to legal@newscred.com.